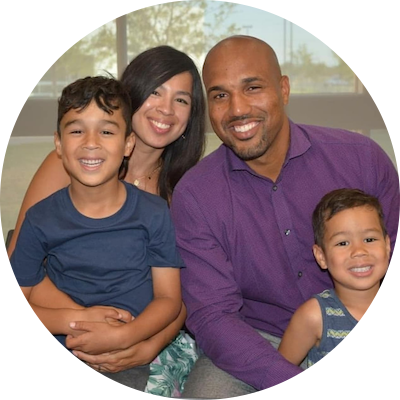 Arel Moodie is a national best selling author and has been a featured speaker at the White House and has been personally acknowledged for his work by President Obama.

Inc. Magazine called Arel a “High-Energy, Motivator” and named him to their “30 Under 30 list”.

Arel Moodie has given multiple TEDx talks including topics such as likability and innovation.

Arel has started and run multiple companies including a million-dollar event production and education company. As a professional speaker he has spoken to over 750,000 people in 48 states and 5 countries and now helps others speak professionally as well.

Arel co-wrote a book on how to stop tantrums and meltdowns with his wife The Peculiar Purple Penguin (http://purplepenguinbook.com) and on accident he accidentally hit is small son in the head with a basketball that went viral and was featured on The Ellen Show, MTV and the homepage of Snapchat.

37 Perspectives of an outlier dad. Arel Moodie’s journey from welfare…

Arel Moodie is a Jewish person of colour (white mom and a black dad) who grew up in the projects in New York witnessing gang violence and fatherlessness all around him. Arel has built a million-dollar company and made Inc. …