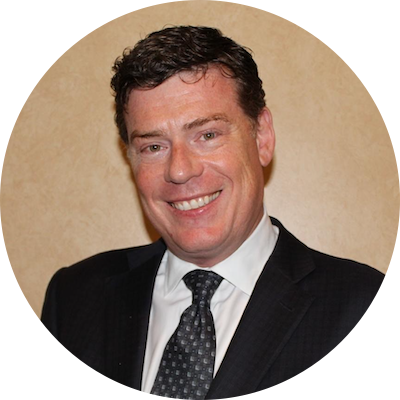 Benjamin is the Founder and CEO of Bradford Airport Logistics (BAL) and Bradford
Swissport Logistics (BSL). Bradford is both the U.S. and global leader in Secure
Airport Terminal Logistics. The Company has earned a reputation for innovation
and operational excellence. At the center of Company’s offering is its proprietary
world-class, in-house developed, logistics technology infrastructure - Airport
Material Intelligence System (AMISTM).

Under Benjamin’s leadership, over the past 19+ years Bradford has almost
singularly carved-out and pioneered the U.S. domestic market space associated
with airport terminal Centralized Receiving and Distribution Centers (CRDC). Since
2012, BAL has operated the largest and most sophisticated CRDC in the world at
London Heathrow. The Company has embarked on developing a global market
niche for airport CRDC operations. BAL currently possesses more CRDC expertise,
provides more comprehensive CRDC services, has been awarded more CRDC
contracts, and offers more value-add benefits to airport communities than any
other logistics/security organization in the world.

Ben is an active member of a dynamic global entrepreneurial and professional
organization, Young Presidents Organization (YPO) and the Entrepreneurs
Organization (EO). Ben has served on the Airports Council International (ACI) with
active participation on Public Safety & Security Committee as well as the AAAE
Innovation Forum as a Judge for the industry’s annual Shark Tank. Ben was the 2019
Regional Award winner for the Ernst and Young Entrepreneur of the Year Award.
Ben has further held numerous leadership positions involving non-profit
organizations within the state of Texas, such as a board member of the Texas
Center for the Missing and currently serves in an advisory role heading the
Leadership Development Institute on behalf of the Harris County Sheriff’s Office
(largest law enforcement agency in Texas and 3rd largest Sheriff’s department in
the U.S.).

Furthermore, Benjamin has a diverse and formal background in advanced systems,
re-engineering, and technology expertise including leading-edge computer systems
development, and deployment and IT/ERP/Engineering project management. His
resume of consulting experience includes work with CSI Systems and IBM
Government Systems. Ben’s early professional career as a Project Leader for the
deployment of Enterprise Resource Planning systems for mid-size manufacturing
and distribution organizations provided the platform of knowledge he has
leveraged in his entrepreneurial endeavors.

67 Ben Richter on navigating the complexities of a blended family

Ben Richter is a father of seven from two marriages who has learned to navigate the complexities of blending different family cultures with multiple children of different ages. In this session, we discuss various valuable principles of fatherhood and how …