21 Dr. David Zelman: parenting & living in the present for the future

Dr. David Zelman is 72 years old, married for 40 years, three children and two grandchildren. David has a behavioural psychologist since 1976. He has done extensive work with families and children.

David has been doing “Transcendental Meditation” for 50 years. Through his work in the last four decades David has achieved enlightenment.

In this session we talk about the Transitions model, powerful concepts of parenting and communicating with our children. David shares valuable insights from his forty years of working with people and particularly families and children. The session was truly powerful and there are so many valuable and amazing, positive learnings.

Dr. David Zelman is 72 years old, married for 40 years, three children and two grandchildren. David has been doing “Transcendental Meditation” for 50 years. Through his work in the last four decades David has achieved enlightenment.

David is a behavioural psychologist and received his PhD back in 1976. He has done extensive work with families and children. David has coached thousands of people nationally and internationally, including billionaires, royalty, industry leaders, entrepreneurs, executives, professional athletes, and performers.

David is the founder and CEO of Transitions Institute in Dallas, Texas. His process guides people on a powerful journey of self-discovery and freedom. David feels that individuals are most effective when their intentions and actions are aligned toward a future they deeply desire, and to which they make a deliberate commitment. David says clarity, purpose, and self-expression need to become the guiding principles for living happily and living successfully.

In this session we talk about the Transitions model, powerful concepts of parenting and communicating with our children. David shares valuable insights from his forty years of working with people and particularly families and children. The session was truly powerful and there are so many valuable and amazing, positive learnings.

The most powerful takeaways for me as a dad where:

Please do get involved in our mission to facilitate family success. If you feel that podcasts help and inspire you to be a better parent I am asking you to share two podcasts you love with two dads or moms you love today.

Links from this episode: 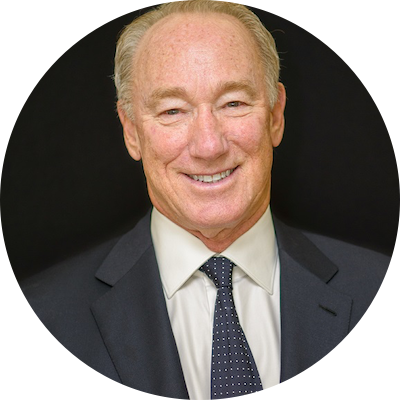 As founder and president of Transitions Institute, Inc., Dr. Zelman has successfully reinvented himself several times.

The psychotherapist and business coach has found his niche both professionally and personally, but that wasn’t always so. At 21, he had dropped out of college disillusioned after discovering he was dyslexic and just couldn’t keep up. He was down and out in California in the ‘60’s with no money, no job, and no future.

Then something happened. He picked up a psychology textbook and was captivated by the mind-body connection. The New York native returned to the University of Cincinnati and graduated with a degree in psychology, winding up on the dean’s list during his last year.

Dr. Zelman went on to get his master’s and a doctorate in behavioral psychology at the University of Wisconsin, and soon began a private clinical and consulting practice that focused on training, team-building and communication programs to corporations and non-profit organizations.

He became more and more interested in those who wanted to reinvent themselves, and his individual counseling practice grew. Soon he was jetting to Los Angeles, New York, and London to work one-on-one with high profile professionals and international elites.

“He listens heartfully, but is strategically minded,” says one client. “I look at his role as part confessor, part co-conspirator.”

David reinvented himself again by starting the Transitions Institute to focus on helping people design their “second lives.” In his Amazon #1 bestselling book, If I Can, You Can: Transformation Made Easy, David lays out his Transitions Process.

“In the end,” he says, “people need to ask themselves the question, ‘If I was financially independent and didn’t have to work, what would I do with my time?’ You have to have a sense of self-worth that extends beyond what you do for a living. That’s the real creation of wealth.”

David lives in Dallas, Texas with his wife, Karen. They have three children, Michael, Brian, and Lauren. As the founder and CEO of the Transitions Institute, Inc., David specializes in consulting individuals and coaching executives, entrepreneurs and organizations on maximizing productivity and, of course, personal well-being

TII’s technology is designed to enhance an individual organization’s ability to break with traditional methods and approaches by creating environments in which individuals and groups can safely and powerfully develop those organizational skills that inspire and move people to action.

Drawing upon 20 years of clinical and consulting experience, David is a dynamic and provocative speaker. He has trained or coached in excess of 20,000 individuals and has worked with hundreds of corporations.

David Zelman’s unique approach to fully expressing one’s humanity has empowered people to step beyond what is predictable and create truly extraordinary lives.